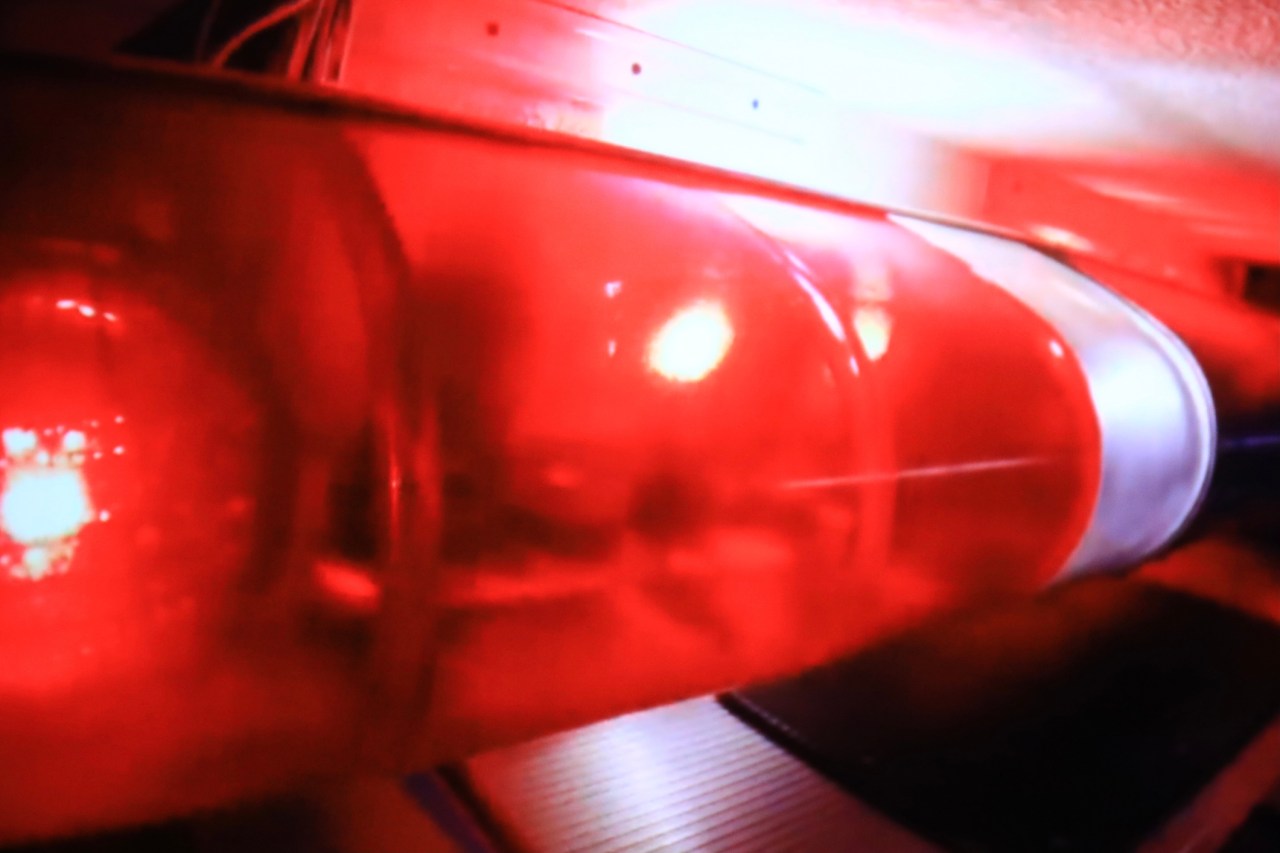 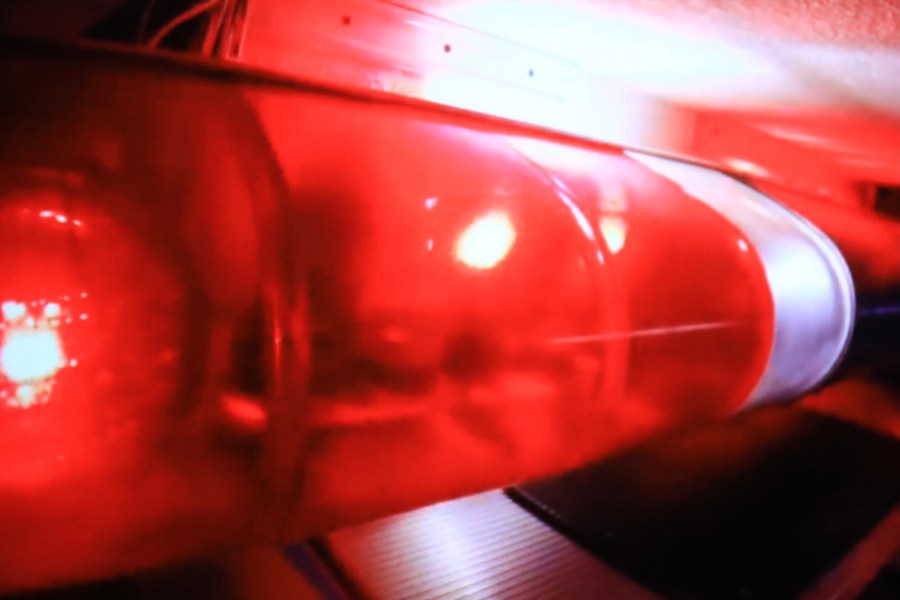 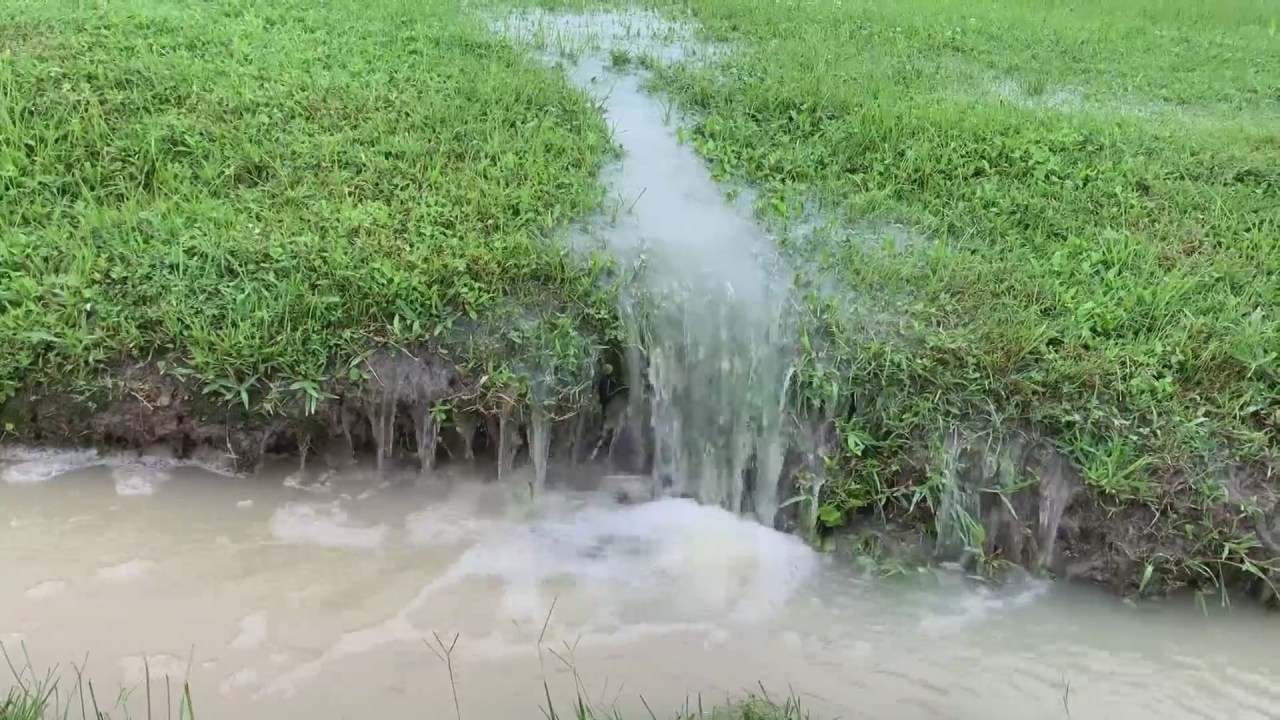 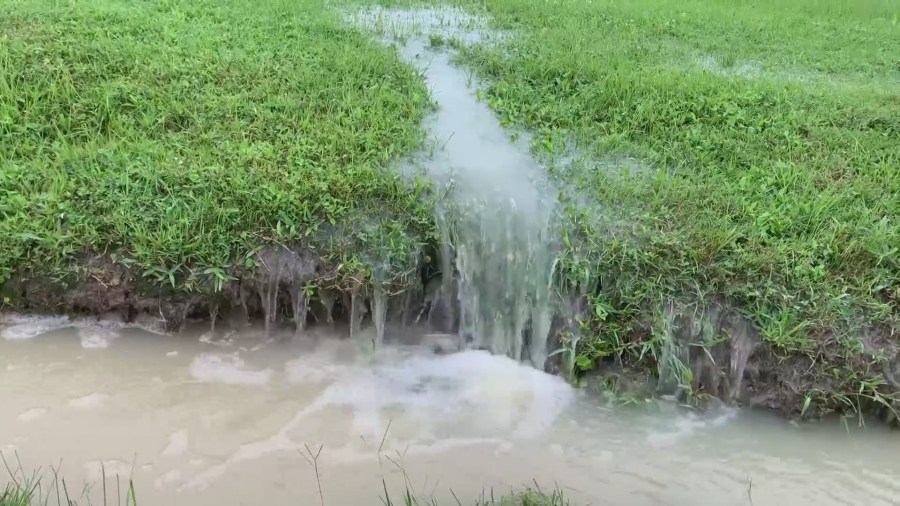 CHESAPEAKE, Va. (WAVY) — Over the last month, 10 On Your Side has been investigating and reporting on stormwater drainage dilemmas in Suffolk. Those issues also flow into the Pughsville neighborhood of Chesapeake.

Suffolk resident Alfonsa Cargill sums it up a certain way.

We’ve reported on Roosevelt Jones’ home in the Oakland neighborhood of Suffolk. He’s been there for years, but developers built homes next to his property at a higher level. So, all the stormwater flows from the newer homes onto his property.

In our reporting, we’ve shown a video of stormwater flooding Lyman Elliott’s yard in Pughsville. He said if it rains hard for an hour, his yard gets swamped.

Pamela Brandy, who lives in the Pughsville section of Chesapeake, shot a video of Elliott’s flooded yard, which has become a natural stormwater runoff retention pond during heavy rains.,

“It’s important because they [Suffolk and Chesapeake] are not doing what they promised to do all along and that is to provide funds to take care of our community, and it’s not being taken care of,” Brandy said.

To that, Chesapeake’s Public Works DirectorEarl Sorey says “We have heard them loud and clear.”

“We have a number of efforts underway to address that,” he said.

10 On Your Side met Sorey at the John Street outfall improvement project in the Pughsville section of Chesapeake.

The cost of the project is $890,000, which will bring in bigger pipes to move more water out of neighborhoods downstream to natural wetlands.

“This will allow water to get out more efficiently,” Sorey added.

He describes the stormwater outfall project this way: “We want to clean out the accumulated sediment within the boxed culverts. They are digging down and moving material that is under three feet of water, and that is allowing water to get out and flow more efficiently… and over time, this will improve drainage in this area.”

Sorey also adds that other significant work was done.

“This past winter, we did a lot of maintenance activities on the drainage ditches within the neighborhood making sure they are adequately sloped,” Sorey said.

That is contrary to the perspective of a group of Suffolk and Chesapeake residents, who say they have not provided the proper drainage and sidewalks.

In July, 10 On Your Side met with the residents who live in older Chesapeake and Suffolk neighborhoods. They said they feel ignored.

“What they had done is allowed builders to build on top of homes and build homes in the community where they are flooding out the older residents,” Brandy said.

That’s what has happened to Roosevelt Jones’s property in Suffolk.

“They should have made a better improvement from our engineers before they allowed all these houses to be built,” he said.

We asked Suffolk City Manager Albert Moor whether he thought the residents have a legitimate complaint.

“There is a concern with drainage in the area,” he confirmed.

To Moor’s credit, he has spent time in these communities, and visited Jones’ property, and considers Oakland and Pughsville underserved communities in need of help.

“Look, actions always mean more than what you say,” he told us. 10 On Your Side pointed out they want more action from Suffolk.

“And we are working there, and we are not trying to give lip service, and we want to work with the residents. We want to bring them a higher quality of life — period,” Moor said.

We also walked the neighborhood with Roosevelt Jones. He looked down his street and started speaking.

“You look all the way down the street.  Here, I’ve been trying to get them to come and clean these ditches out,” he said.

We walked Jones’ neighborhood to see firsthand what the issues are, even when it’s not raining. He pointed to a clogged drain with stormwater in it.

We met Wayne White, who lives in the Chesapeake part of Pughsville. He got tired of waiting for the city to put in drainage pipes, so he put in his own.

“When my daughter was 3 or 4 years old when we moved here, she walked out of the house, walked right into the ditch. I said it wasn’t going to happen anymore, so I covered up the ditches … at my own cost,” he said.

The neighbors are supported by city activist Kelly Hengler, who documents flooding issues on video and pictures. She was at the first meeting we had in July.

“The reasons we are all here is all the citizens realized vis-a-vis all the civic leagues that, individually, they weren’t being heard… So we banded together,” she said.

For the record, side by side, Suffolk seems to be doing more addressing stormwater issues in underserved neighborhoods:

Chesapeake is spending $890,000 on the John Street Project plus funds from normal operating budget expenditures which could not be provided to us. There is no budget money from the American Rescue Plan.

Sorey also gave some news that will not be well received from the residents we spoke to.

We asked whether it should be included.

“It would compete with other city-wide priorities,” Sorey said.

The residents insist they will continue the fight for more efficient flowing ditches.

“I am going to take this fight until either Jesus calls me home first, or he comes back first. I don’t care. It doesn’t matter to me I’m going to be here,” Brandy said.

The next Call of Duty game was effectively leaked this week courtesy of some Black Ops Cold War data files. In said files, pre-order data for the next Call of Duty title were discovered. Inside, the name Call of Duty: Vanguard was found, and indications are that this will be a World War II title – because we can never have enough WWII video game action, ever. Oh, and ZOMBIES.

In the leaked images we get to see a few different angles at which this new game will be release. Or, assuming the game isn’t outright cancelled after this leak, we’ll likely see: Standard, Cross-Gen, and Ultimate edition releases. It would not be unheard of for this next release’s set of bundles to mirror those of the otherwise most recent release – Call of Duty: Black Ops Cold War also had very, very similar bundles at launch.

The discovery of the imagery comes courtesy of the Cheezburgerboyz. UPDATE: They’ve now had the imagery removed from Twitter.

Take a peek at the content above and see what you make of it. This might be the start of something just lovely – or it could be a rehash of the same World War 2 games we’ve been playing for the past several decades.

UPDATE: Also, there are zombies. Call of Duty Vanguard Zombies leaked. You can believe this one if you want – or not. It could just as easily be faked as it could be the real deal. It’d be absurd to release a WWII game like this without Zombies – but you never know!

ISLAMABAD: Pakistan has closed its visa operations in three cities of Afghanistan ‘due to security situation’, citing sources, ARY News reported on Thursday.

Sources told ARY News that the visa operation has been closed by Pakistan in Afghanistan’s cities including Mazar-i-Sharif, Kandahar and Herat. They added that most of the work related to visa operation was suspended in all places.

The government took the decision to close the visa service due to the deteriorated security situation in Afghanistan, sources added.

On August 11, it was learnt that the government of Afghanistan had removed army chief General Wali Mohammad Ahmadzai after Farah, Baghlan and Badakshan provinces fell the Taliban control.

Major General Haibatullah Alizai who headed Special Operations Command had been posted as the new chief.

With new advances by Taliban forces, nine of Afghanistan’s 34 provincial capitals have been snapped from the defacto Afghan government.

With Farah, Baghlan and Badakshan provinces falling, the Taliban rebellion has conquered nine of Afghanistan’s 34 provincial capitals, including important cities such as Kunduz, since Friday. They have also strengthened their circle around the country’s biggest regional hubs of Herat, Kandahar and Mazar-e-Sharif.

Pertinent to note that Taliban have tightened their grip on captured Afghan territory on Tuesday as civilians hid in their homes, with an EU official saying the militants now controlled 65% of the country after a string of sudden gains as foreign forces pull out.

BENGALURU: An Indian rocket carrying a powerful earth observation satellite failed to fire fully on Thursday, the state-run space agency said, in a setback for the country’s space programme.

The satellite, meant for quick monitoring of natural disasters such as cyclones, cloudbursts and thunderstorms, was launched on a geosynchronous satellite launch vehicle (GSLV) at 0013 GMT, from the Satish Dhawan Space Centre in southern India.

But while the liftoff was smooth, the rocket failed in its final phase, the Indian Space Research Organisation said.

“Performance of first and second stages was normal. However, Cryogenic Upper Stage ignition did not happen due to technical anomaly. The mission couldn’t be accomplished as intended,” ISRO said.

It did not say what happened to the GSLV spacecraft and the EOS-03 satellite it was meant to place in a geostationary orbit nearly 36,000km (22,500 miles) above the equator.

Scientists had mounted a large telescope on the satellite to look down on the Indian subcontinent.

Jonathan McDowell, a U.S.-based astronomer, said the satellite and the rocket probably fell into the Andaman Sea, west of Thailand.

India has built a reputation as a maker of earth imaging satellites and the ability to launch them into low orbits at a fraction of the cost of Western agencies.

But over the past several years, it has moved into the more lucrative area of launching heavier geostationary satellites that are used for communications and meteorology.