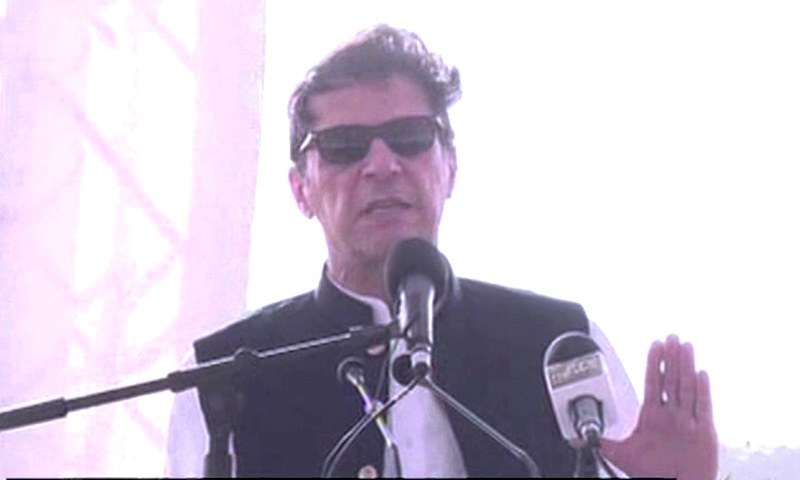 Prime Minister Imran Khan said on Tuesday that Pakistan has “great potential” to attract tourists from Muslim countries because they were wary of visiting Europe and other places due to concerns related to Islamophobia.

He made the comment while addressing local residents and people who were part of the government’s tree plantation campaign at Sonmiani beach in Balochistan’s Lasbela district.

At the outset of his speech, the prime minister said he had seen the area from above during his arrival by helicopter, adding that it could be developed into a tourist spot.

Prime Minister Imran said the government’s efforts should be geared towards improving the lives of the people, to ensure livelihoods for them, education for their children, and health facilities. “It is the foremost responsibility of the government [to see] how we can make the people’s lives better and to first fulfil their basic needs and then [check] how to make them happy.”

Talking about Lasbela, the premier said that an industrial estate could not be established in the area but a “splendid tourist resort” could be built instead. He clarified, however, that it would not be the kind of tourist resort where “people come and then [go against] our culture and tradition and religion.”

Instead, the government would build the kind of resort that would attract a “large number of people from the Muslim world”, he added.

The premier said that there were “many” places in the world that “our people” used to go to spend their holidays, including Europe, but they “face great problems now because of Islamophobia”.

“They don’t want to take their wives and children there. So, a place like Pakistan has great potential where people from Muslim countries will come for tourism.”

Read: Pakistan is uniquely placed to take advantage of religious tourism. What is stopping us?

He added that the federal government would chalk out a plan with Balochistan Chief Minister Jam Kamal Khan Alyani to bring consultants to the area and decide how to utilise it in the best way for tourism.

“Tourism has become a science. Some areas have been destroyed because [of lack of proper planning]. So much construction has been done in Murree. The Murree I knew from childhood has completely changed because we did not develop other mountainous areas,” he said.

The PTI government is developing new mountainous areas for tourism for the first time, he added.

Prime Minister Imran also cited the mangrove forests along the Somniani sea coast as the reason for his visit. Talking about the United Nations panel’s report on climate change, which was released a day earlier, he said, “We are very fortunate because we are one of the countries who are far ahead in protecting [ourselves] from climate change.”

He noted that there were fires in several countries including Greece, Turkey and the United States while there were unprecedented floods in other parts of the world. “All this is due to climate change,” he said.

The mangrove forests were the “best” to deal with climate change because they produced the most oxygen and absorbed the most carbon dioxide, he added.

‘Have decided to bring Balochistan forward’

Prime Minister Imran pointed out that Balochistan lagged behind other provinces because previous governments did not pay it the attention it deserved. In an apparent reference to former prime minister and PML-N supremo Nawaz Sharif, he said, “we have rulers who have gone to London’s Harrods more than they have been to Balochistan in a year.”

He added that the PTI government had decided to “bring Balochistan forward” and the kind of money being spent on the province — Rs1 trillion — has “never been spent before”. The government was doing so because “we believe when Balochistan develops, Pakistan develops,” he said.

Read: No other govt has spent as much money on Balochistan as PTI has, says PM Imran

“God has given Balochistan minerals and blessings; we are working on a plan to develop that. This is a big area and more money is needed to develop it. When natural resources are developed, the money will also be spent on your big areas and they will be developed,” he concluded.