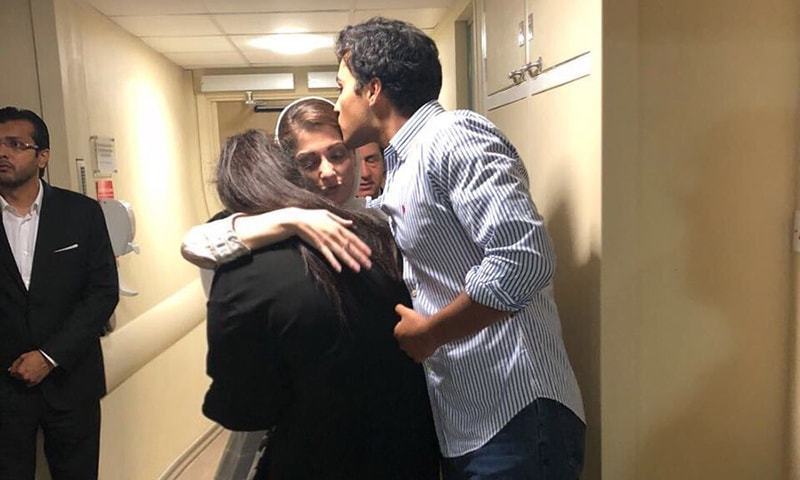 The nikkah ceremony of PML-N Vice President Maryam Nawaz’s son will take place in London later this month, but Maryam on Wednesday said she “will not make any request” to the government to seek permission to travel abroad on the occasion.

According to the wedding invite shared on Twitter by the PML-N leader, the nikkah of Junaid Safdar with Ayesha Saif Khan, daughter of Mr and Mrs Saifur Rahman Khan, will be held on August 22.

“Unfortunately, I will not be able to attend the ceremony owing to blatant victimisation, bogus cases and my name on ECL (Exit Control List),” Maryam wrote.

In a second tweet, she recalled that she was in jail when her mother Kalsoom Nawaz passed away due to cancer.

“And now I won’t be able to share my son’s happiness, but, I will NOT make any request to this government for travel abroad,” she said. “I leave the matter to Almighty Allah.”

Maryam’s name was placed on the ECL in the Al Azizia Steel Mills reference filed against her father, PML-N supremo Nawaz Sharif, and her by the National Accountability Bureau. The government had allowed Nawaz to travel abroad on medical grounds in November 2019 but Maryam could not accompany him as her name was on the no-fly list.

Also in November 2019, the Lahore High Court had granted Maryam bail in the Chaudhry Sugar Mills case, in which she is a suspect, on the condition that she surrendered her passport to the court.