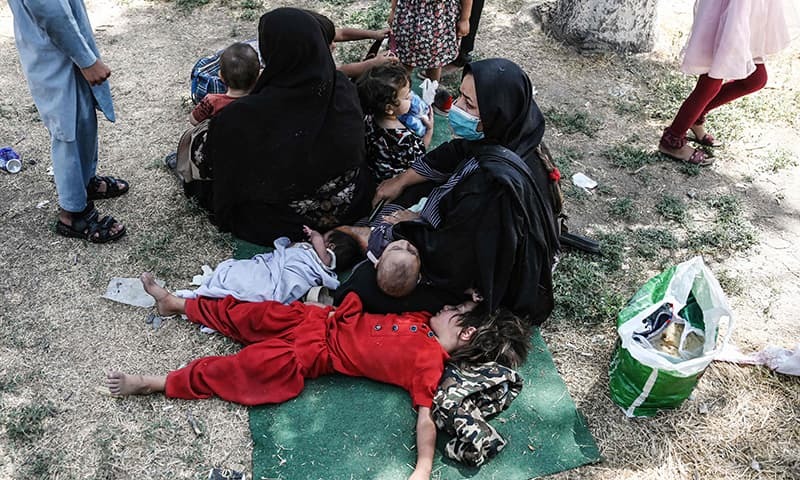 The European Union said on Tuesday it was eyeing more support for Afghanistan’s neighbours as a senior official warned fighting could force half a million people to flee abroad.

“The first priority is to continue to provide the best possible support according to the means available to those countries that are the most affected,” a senior EU official said.

“So it’s important to continue strengthening direct support to those countries and the different types of organisations, non-governmental organisations or international organisations that are present in the field and providing assistance to displaced persons and refugees.”

The 27-nation bloc is nervously watching as the Taliban sweep across the conflict-wracked country as foreign troops depart.

Brussels fears the violence could lead to a repeat of the 2015 crisis that saw around a million migrants — many from Syria — arrive in the EU and sparked major political problems at home.

The United Nations says that so far this year there have been no “large-scale displacements” across Afghanistan’s borders despite the Taliban’s advance.

And the EU official said that the number of arrivals from Afghanistan since the start of January was around 4,000, 25 per cent lower than in 2020.

But another official from the bloc said the UN estimated that 500,000 people could be pushed to leave Afghanistan for Pakistan, Iran and Tajikistan as the situation deteriorates.

The UN says that Iran and Pakistan already host “more than two million registered Afghan refugees in total” after decades of conflict in the country.

While the bloc hopes to stave off a massive influx of people, an official said that Brussels was working to help resettle Afghans who worked for the EU.

“We are in intense cooperation with all our member states, to make sure that our local agents and their dependents may either, if they wish, go to a European Union member state or go to another state in the region,” the official said.

The EU’s ambassador to Kabul currently remains in Afghanistan despite the deteriorating security situation and officials insist the bloc aims to maintain its diplomatic presence.